Esports Athletes: The Next College Superstars

In 2017, 57.6 million unique viewers watched the professional esports League of Legends (LoL) championship match online. That number almost matches the viewership for the final games of the World Series, NBA Finals, and Stanley Cup combined—only the Super Bowl drew more viewers. The LoL championship even sold out attendance at Madison Square Garden in 2016. Esports continue to gain traction—in 2019, Forbes reported that the global esports audience exceeded 433 million viewers and revenue climbed over $1 billion. The prize money for winning the Fortnite World Cup now exceeds that of the revered Wimbledon Championships.

Although the NCAA has yet to play a role in esports, NCAA-recognized institutions are ramping up their involvement by sponsoring teams. The Peach Belt Conference was the first NCAA conference to begin sponsoring esports championships starting in the 2017-18 academic year. Division I esports collegiate programs began picking up steam in 2015 and now feature more than 100 teams in the U.S. In addition, the National Association of Collegiate Esports (NACE), representing 170 member schools and over 5,000 student-athletes, reports that colleges now offer over $16 million in esports scholarships and aid. The NACE believes this is only the beginning.


Why are esports attractive to college athletic programs?

Esports require minimal space and equipment, removing the barrier of entry to start and maintain programs—this especially benefits smaller schools. The games are primarily played online, so travel costs for in-person matches are minimal. Although there are some large expenses like computers, high-end video cards, and other bells and whistles, the costs are extremely low relative to other sports. This gives esports teams more potential to provide a return on investment for the school.

Esports present an opportunity to expand a school’s fanbase outside of traditional sports. Athletic programs have a strong presence in physical sports like basketball and football, but esports cater to more markets due to less physical limitations to succeed in competition, such as height. Even the NBA latched onto this model by launching their own NBA 2K league in 2018. 21 of the 30 NBA franchises now participate. 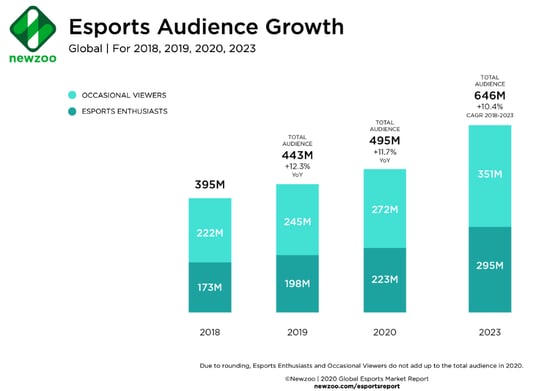 After Riot Games announced that Robert Morris University started an esports program, the school received over 3,000 email inquiries in two weeks, leading to 2,000 applications for admission. In comparison, they only received about two inquires per week for their soccer team. These numbers demonstrate the excitement around esports and the value of being an early adopter. Overall, broadening the school’s fan base increases the competitive landscape of enrollment and drives up brand value, attracting more donors.

According to Business Insider, media rights and sponsorship deals are driving the injection of revenue into esports. A common metric when evaluating viewership is the average minute audience (AMA). The Nielsen Company describes this as “the average number of individuals or (homes or target group) viewing a TV channel, which is calculated per minute during a specified period of time over the program duration.” This same metric can be used with online streaming. In 2019, Riot Games reported that the League of Legends Championship Series (LCS) was the third most popular major professional sports league in the US among 18 to 24-year-old viewers based on live AMA. These staggering viewership numbers attract huge brands and big-time investors. Collegiate programs also expect to capitalize on these revenue streams.

Esports also stand out for the amount of time players spend in practice. It is common for esports athletes to stream their practices on websites like Twitch for over five hours at a time while interacting with fans. Other sports don’t have such long practices, nor are they streamed online with options for fan participation.

This creates additional room for new sponsorship assets. A player typically streams from their homes, giving them more opportunities to monetize their own image and likeness while also plugging in sponsors as they play. The Newzoo chart below displays recent year over year growth across all major categories—a particularly positive trend considering that the pandemic has cancelled nearly all in-person esports events. Low-cost programs combined with sponsorship and media opportunities put schools in a position to see a return on their investment. 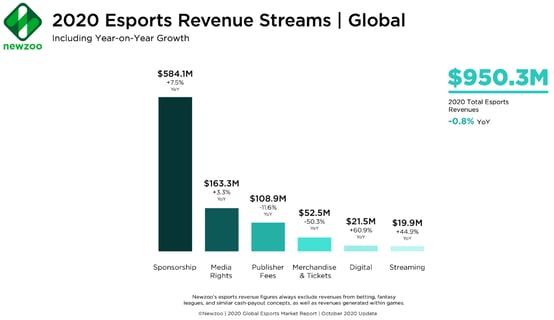 Will esports athletes become the next collegiate superstars?

There is certainly reason to believe that esports athletes will one day rival their basketball and football counterparts on campus. College institutions are taking notice of the rise and potential that exists and are making investments. A few schools have even built dedicated esports arenas, like Full Sail University’s The Fortress which accommodates 100 athletes and 500 spectators. Others like Ohio State have built a space for 80 gaming computers, virtual reality systems, and a broadcast booth.

Illinois State University recently announced a new esports varsity team and are offering scholarships for their new athletes. The heavyweight NCAA Big East Conference has selected the Electronic Gaming Federation as their Esports Governance, Marketing and Distribution Partner. Learfield IMG College has started taking registrations for their recently announced “Mid-American Madden Challenge”, with registration opening today for participating MAC colleges as they hold multi-media rights to the 10 participating schools. As students compete in Madden NFL 20, they believe this will allow for new opportunities for sponsors to engage.

Esports are also increasing in popularity among high schools. As reported in 2019, the number of schools participating in the High School Esports League grew from 200 to more than 1,200 in just a single year of play. Esports offer students many of the same benefits as traditional sports, such as opportunities to learn strategy and teamwork. Today’s kids are growing up with esports, adding value and popularity to the collegiate programs.

With huge logos and brands backing these programs, player image and likeness recognition will increase. This opens the door for esports athletes to soon become the faces of the college athletic departments. Imagine if Madison Square Garden is one day sold-out not only for the Big East Men’s Basketball Championships, but also for the Big East Esports Championships—that day is likely not so far away!


Here at KORE Software, we continue to follow industry trends and step in to help support and as like many, we anxiously await the return! For more industry insights, click here to sign up for our newsletter.

If you’re interested in learning more about KORE Software solutions for Rights Holders, Brands, and Agencies, click here to request a demo. 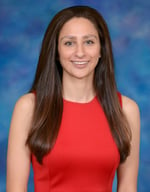 Noelle Fanella is a Product Manager at KORE Software, focusing on Ticketing and Customer Engagement related tools across KORE's product line. She works closely with clients across the industry to develop best practices for increasing revenue and engaging with fans. Noelle also was a varsity women's volleyball player at George Mason University. 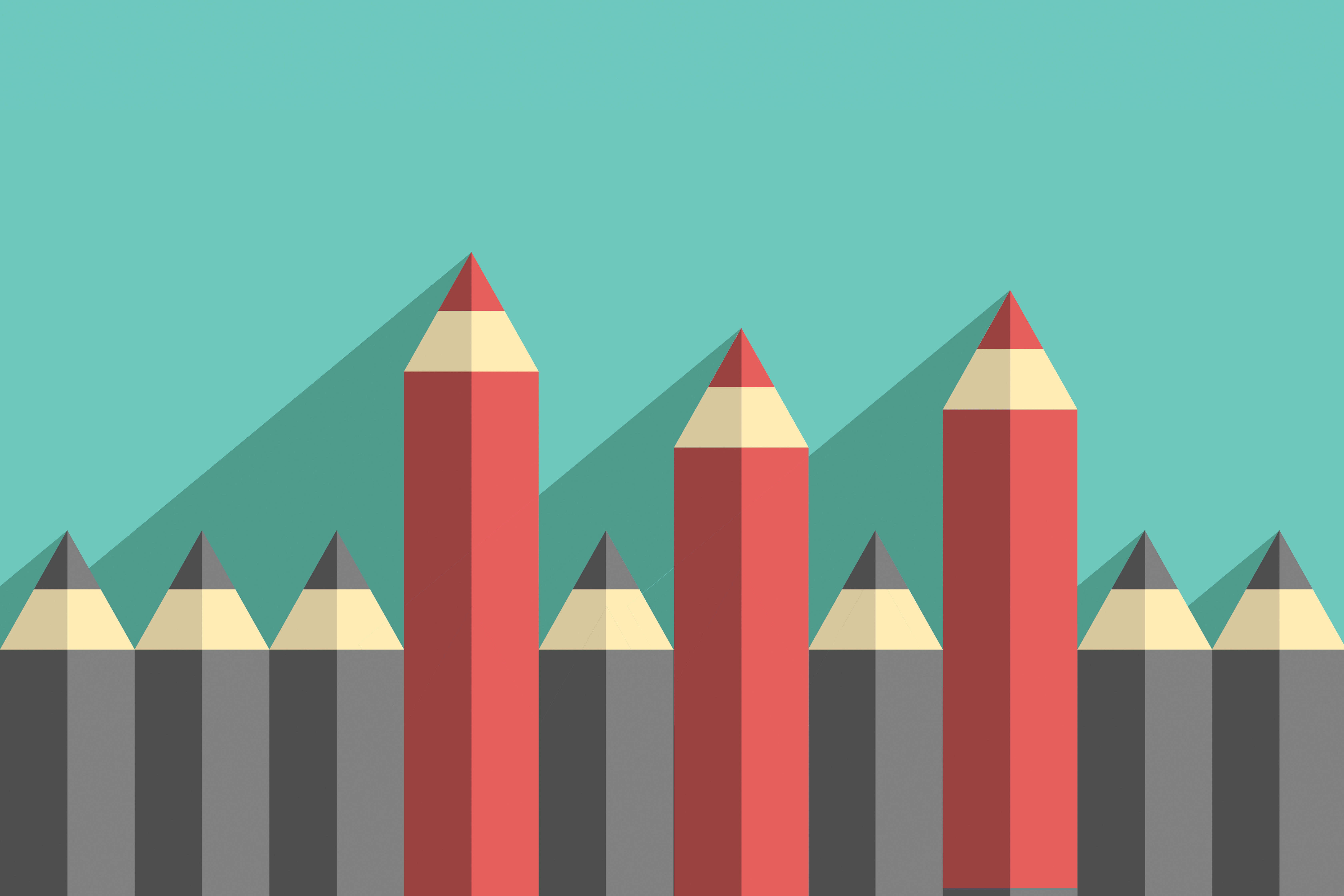